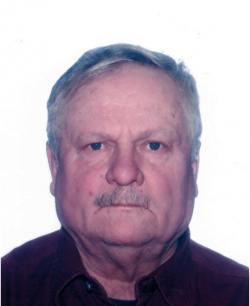 It is with sadness that we announce the passing of David Gardiner Chase of Armond, NB that occurred at the Upper River Valley Hospital on September 9, 2019. David was born February 12, 1952 in Bath, and was the son of the late Paul and Claudia (Giggie) Chase.

Visitation for David will be held at the Britton Funeral Home, 2 High Street, Hartland from 4 to 8 p.m. on Thursday, September 12th. The funeral service will be on Friday, September 13th at 2:00 p.m. at the Lorne Britton Memorial Chapel with Pastor Donnie MacDougall officiating. The interment will be in the Windsor Cemetery. If so desired, donations can be made to the Windsor Cemetery or the River Valley Cancer Support Group. www.brittonfh.ca