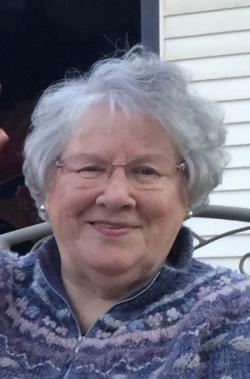 Audrey Alma Doherty Brooks of Hartland passed away on Wednesday, March 3, 2021 at the Upper River Valley Hospital in Waterville. She was born September 5, 1941 and was the daughter of the late Earl and Rose McMaster. Besides her parents, she was predeceased by her first husband, Dale Doherty; daughter, Janet Shaw; brothers-in-law, Hugh and Gerald Brooks.

Visitation will be held at the Britton Funeral Home, 2 High Street, Hartland on Saturday, March 6, 2021 from noon to 2:00 p.m. Due to Covid restrictions the funeral service will be private. The interment will be in the Greenwood Cemetery in Hartland at a later date. If so desired, donations can be made to the Upper Brighton Free Will Baptist Church or the Gideons. www.brittonfh.ca. 506-375-4343.