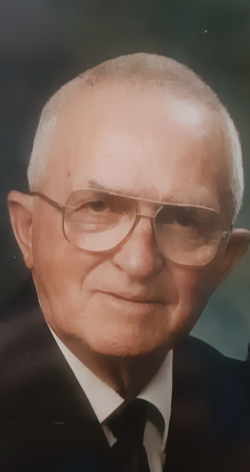 Wesley Lewis Walton of Ashland passed away on Monday, July 19, 2021 at the Upper River Valley Hospital in Waterville. He was born July 6, 1932 and was the son of the late Norman and Edna Walton. Besides his parents, he was predeceased by two sons, Lewis Walton and Paul Walton.

Visitation will be held at the Hartland Wesleyan Church in Somerville on Wednesday, July 21st from 6 to 8 p.m. The funeral service will be at 1:00 p.m. on Thursday the 22nd from the church with Pastor David Wilcox officiating. Interment will be in the Greenwood Cemetery in Hartland. If so desired, donations can be made to the Greenwood Cemetery. www.brittonfh.ca. 506-375-4343.