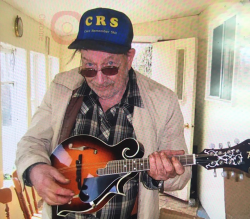 There will be no visitation or funeral service at this time. A graveside committal service will be held on Friday, May 27, 2022 at 10:00 a.m. at the Greenwood Cemetery in Hartland. If so desired, donations can be made to the Greenwood Cemetery. Arrangements are under the care of the Britton Funeral Home, 2 High Street, Hartland, NB. 506-375-4343. www,brittonfh.ca.