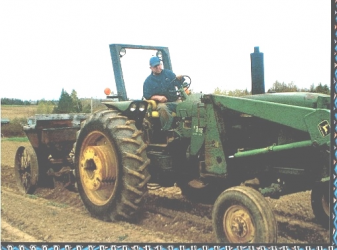 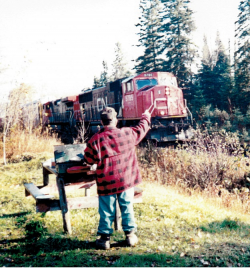 Robert Fred Springer of Waterville passed away on Saturday, April 16, 2022 at the Upper River Valley Hospital in Waterville. He was born January 18, 1939 and was the son of the late Fred and Lulu Springer. Besides his parents, he was predeceased by sisters, Geraldine (Gordon) Everett, Carolyn Kearney; brothers, Gerald (Juanita) Springer, Delbert Springer, Donald (Emma-Jean) Springer; sister-in-law, Peggy Springer; brother-in-law, Joe Palmer.

Robert grew up in Waterville in a family of 12. Working on the railroad, and in farming, he developed a lifelong love of trains and tractors. He enjoyed his cats, going to the camp in Juniper, growing an impressive garden each summer, and spending time with his family.

There will be no public visitation. The public is invited to the funeral service which will be held on Wednesday, April 20, 2022 at 2:00 p.m. at the Britton Funeral Home, 2 High Street, Hartland, with Pastor Carl O’Donnell officiating. A family interment will take place in the Waterville Baptist Church Cemetery. If so desired, donations can be made to River Valley Cancer Support Group or the Carleton County Animal Shelter.