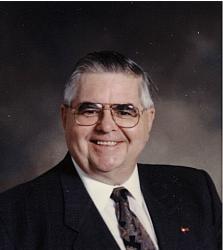 Hugh Douglas Clark of Hartland passed away on Monday, October 20, 2014 at the Upper River Valley Hospital in Waterville. He was born March 3, 1938 and was the son of the late Clinton Clark and Laura (McIsaac) Clark Slichter. Besides his parents, he was predeceased by his first wife Kathleen (Morris) Clark and his step father Herbert Slichter.

Visitation will be held on Friday, October 24th at the Britton Funeral Home, 2 High Street, Hartland from 6 to 8 p.m. The funeral service will be on Saturday, October 25th at 2:00 p.m. from the Hartland Baptist Church with Pastor Charles Thompson officiating. Interment will follow in the Greenwood Cemetery in Hartland. If so desired donations can be made to the Greenwood Cemetery, or a charity of the donor's choice. www.brittonfh.ca
Service Date
Saturday, October 25, 2014